Our Downton Abbey Tour will take you to the Downton village in Bampton, filming scenes around the Cotswolds and the world-famous Highclere Castle ‘the main Downton house’.

Become Lord or Lady Grantham for the day, as you visit the film locations used for the BAFTA award winning period drama of Downton Abbey. Although based on North England the Cotswold stone was the perfect fit and so we are lucky to be able to combine showing you the best of the Cotswolds with a few Downton sites along the way.

We’ll start with the charming village of Bampton that has been featured as the Downton Village. Here, you will get a guided tour of locations such as the village pub, Downton Hospital, the former home of Matthew Crawley and the Downton church which has hosted a number of dramatic ‘Downton’ events involving weddings, funerals, christenings and even a jilting at the altar! Get captivating anecdotes about how the global hit TV series was made, about the actors involved and about how the show has contributed to local society.

Having discovered the village, you could then travel to Highclere Castle. On the way, you will learn about the 1000 year history of Highclere Castle and life ‘above and below stairs’. The house without any Downton scenes is phenomenal and a great insight to a behind the scenes look at a large English estate and mansion,. If you are a Downton fan the house will be the highlight of your vacation. If you decide against Highclere we’ll take in a few other local Downton Abbey sites in the Cotswolds.

Your local driver tour guide will then take you to all the well-known Cotswold highlights such as Chipping Campden, Broadway and Lower Slaughter but more uniquely we’ll take you to secluded villages like Stanton and Guiting Power.

The tour is a mixture of old and new activities taking in the historical sites and discovering the Cotswolds villages whilst also stopping for a traditional country pub lunch and taking in the filming locations of Downton Abbey. If you want to see other film locations in the Cotswolds take our Cotswold Film Tour. 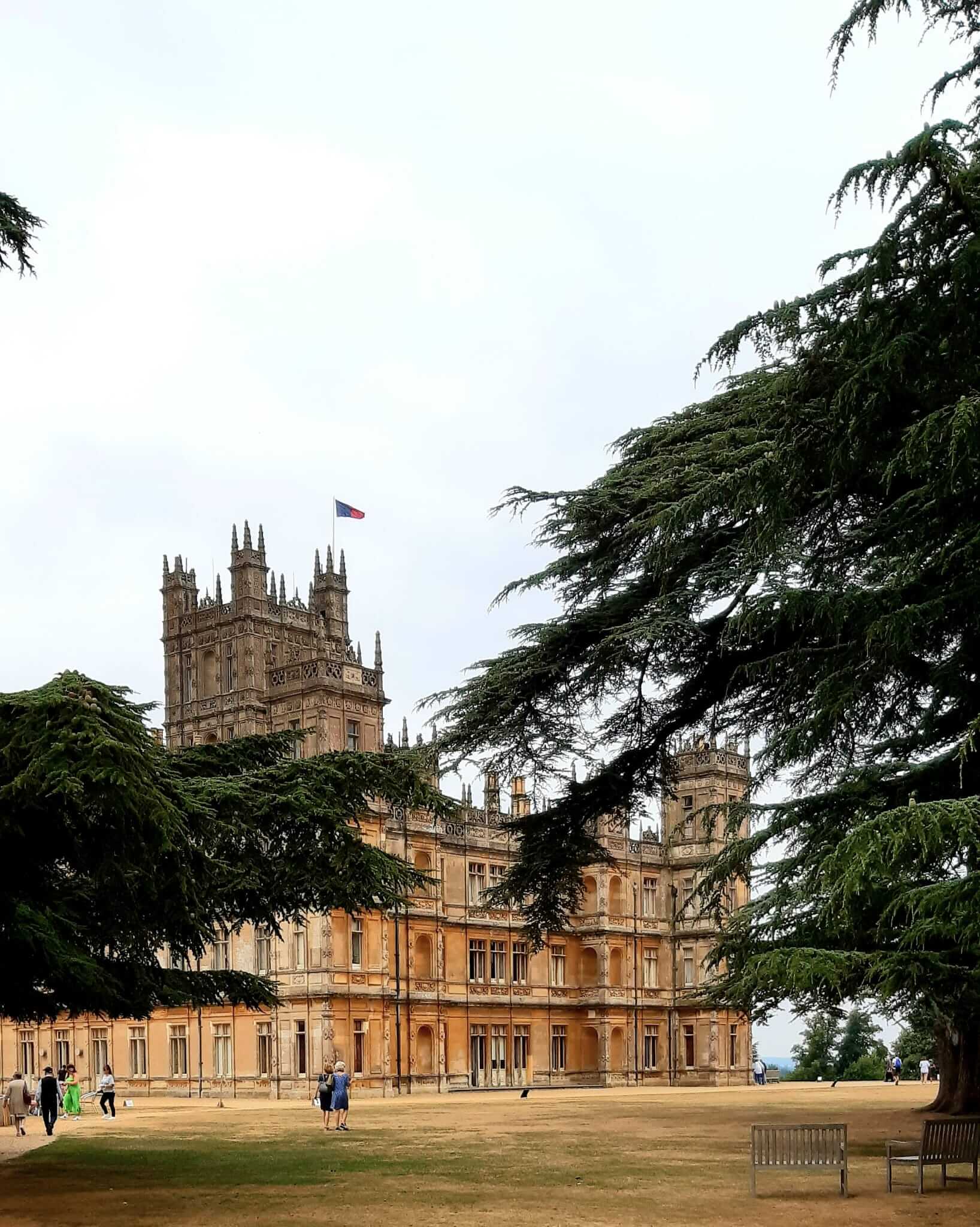 Our driver guide Dave went above and beyond to assist us. I am visually impaired and he was so helpful. We had a wonderful trip to Highclere Castle, a Wiltshire village and Yew Tree Farm. I would highly recommend this company. Courteous, clean and comfortable, friendly and outstanding knowledge and professionalism. Lorelei, Rick and Josh from Canada

A Cotswold Day to Remember

Robin Dale, your tour guide, will provide you 'A Cotswold Day to Remember'. Rob...

A boy who goes by the name of Harry Potter might be familiar to you and you may...

View Tour
This uses cookies to ensure that we give you the best experience on our website. By clicking “Accept All Cookies”, you agree to the storing of cookies on your device to enhance your experience. Click here to view the Privacy policy.Accept all cookiesDon't accept
Back to top
© 2020 Cotswold Tours & travel. All Rights Reserved.